When I moved here in 2005 I started learning hockey. I hadn’t skated but a handful of times in my life but was convinced I could do it. Plus, the cool factor is extremely high for ice hockey, right?

Fortunately, my boyfriend had skated for most of his life and gave me some lessons to get going. Then I joined a slow-puck rental that was designed for beginners. And then I joined up with the local women’s club team at the university in town and played with them for a good number of years.

Then kids came along. I played for a season when Sophie was young, but it was tough to make the trips. Then I got pregnant again and didn’t play for an entire year.

So now it’s, well, now. And I’m not pregnant and fully able-bodied. I decided to forgo the women’s team this year, but I miss the regular drills and skates with the ladies. I felt I was getting better and it was nice to have a night to get out of the house and just do something for myself.

Scott and I decided that this season he’d skate with the guys on Thursdays and I would skate on Sundays. Sunday isn’t my favorite day to skate, but it’s better than nothing. It’s also not super late like the women’s rental is (way past my bed time and the kids’). 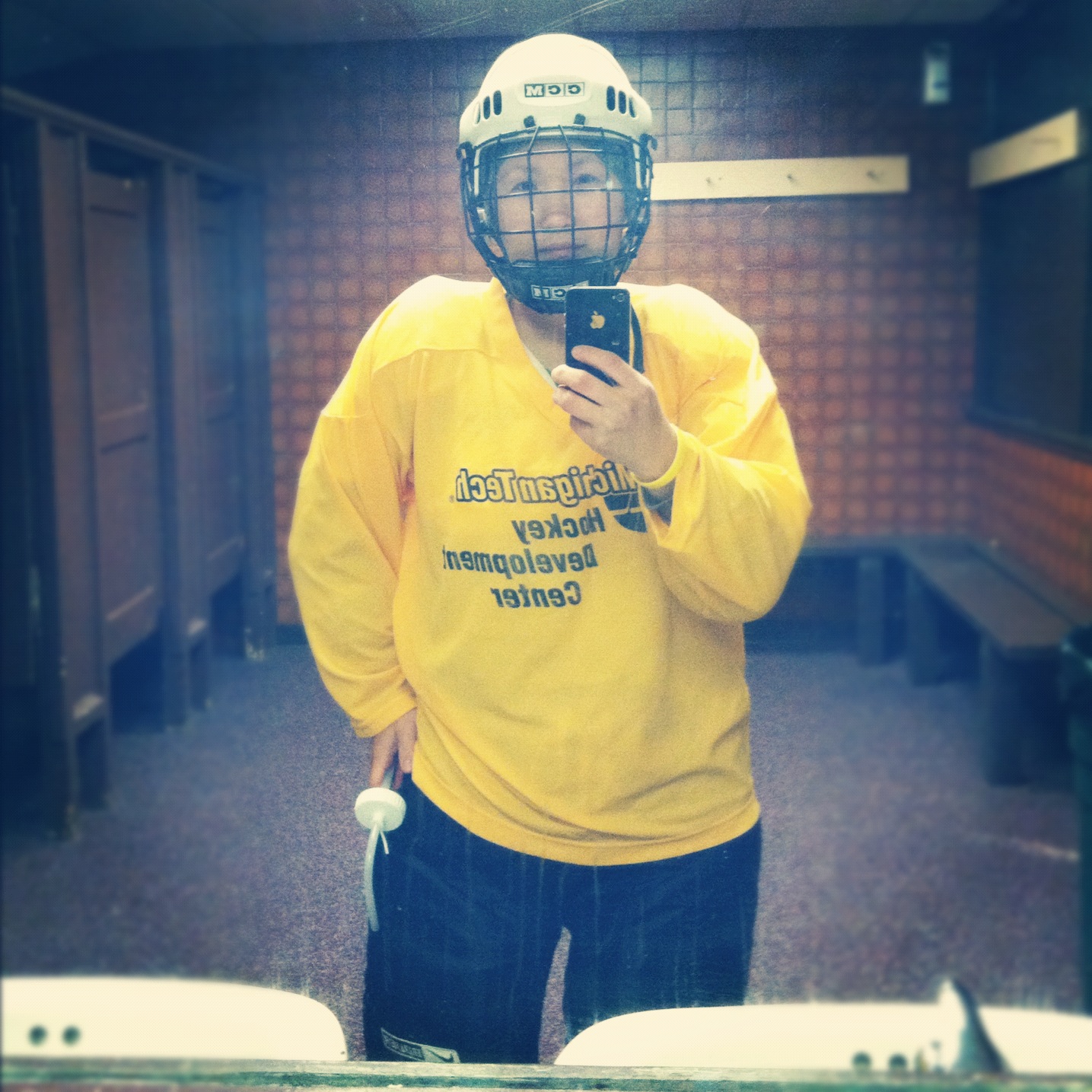 So Sunday night I got my crap together and went to hockey. And I skated my butt off. I wore my HR monitor just for kicks and after doing some calculations, the calorie burn was pretty significant. I had no idea. Sweet!

And yesterday I was a little sore.  I chalk it up to not enough cross training in my life.

Today? I feel like someone hit me with a truck. It’s a soreness almost on par with post-marathon soreness. I kid you not.

I’m feeling a little broken down. Also, I’m catching some sort of cold and my throat and head are a mess.

The weather is lousy today (rain, rain, wind), so I’m taking the day off to recover, even though I’m dying to get out and run. One day without a run? I can handle it. But two days? I feel like someone’s cut off one of my limbs. These days I’m just not myself if I can’t get out for a few miles.

I’m hoping to carry that enthusiasm into November, as I just signed up for Pile on the Miles at Monica’s blog, Run Eat Repeat. You can check out the details there. We don’t have any races up here in November, so it’s hard to find something to motivate me in the winter. I suppose I could find a race in the cities at Thanksgiving, but the prices are ridic and I am usually motivated enough to get out on my own for at least a 5K on Turkey Day.

My goal? 100 miles. That’s about 20 miles per week in November. It’s more than I would probably run normally, so it’s a challenge, which is the point, right?

Sign up! Let’s do it together! What else have you got to do anyway?

Hockey, pile on the miles, sports